Firefighters rescue father and son with help from a special friend 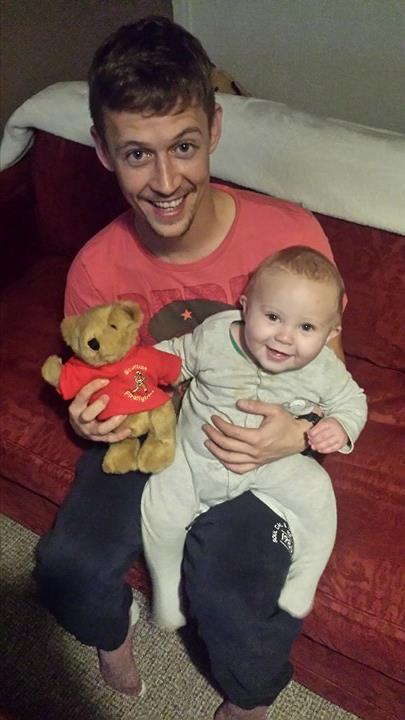 Mats Shelcott and his son Odin with new teddy

A dad has thanked firefighters for rescuing his son – with the help of a teddy bear.

Mats Shelcott, 32, was on the way to the supermarket with seven-month-old child, Odin, when they got stuck in the lift at their block of flats in Seamount Court, Aberdeen.

Mats immediately raised the alarm and the Scottish Fire and Rescue Service was alerted.

Firefighters arrived around five minutes later and turned the elevator power off.

The crew of five then coaxed open the doors and gave young Odin a teddy bear to keep him calm while being released to safety.

“Although he was already calm it distracted him while they helped get us out the lift.

“Thankfully we were only around two feet from the ground floor so firefighters helped me lower the buggy and then step out the lift.”

Mats added: “When he is older I can tell Odin the story of how he got the teddy.

“I'd like to say a big thank you to all the men and women that help people in need every day.”

Firefighters had been alerted around 7.40pm on Tuesday, 18 October.

“A teddy can help distract children and keep them calm while firefighters carry out their work.

“The crew were more than happy to be of assistance to Mats and Odin.”

The teddy was bought with charitable funding both through donations from local people and local businesses across Aberdeen City, Aberdeenshire and Moray.

Station Manager Gordon Riddel said: “This initiative began around 17 years ago. Our firefighters get a great deal of satisfaction from seeing a child being comforted as they work to keep the community safe.”