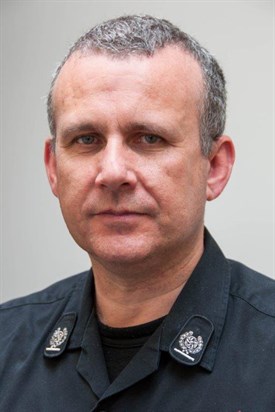 The latest figures from the Scottish Fire and Rescue Service (SFRS) show there were 92 accidental house fires in the area between 1 April 2015 and 31 March 2016.

It represents a significant nine per cent fall from the 101 recorded over the previous year.

Despite the reduction 21 people were hurt as a result of the incidents and SFRS is clear everyone needs to think about their safety and the safety of those around them.

“More than half of the accidental house fires in East Ayrshire were attributed to cooking and we identified distraction as a contributory factor in almost a third of cases.

“It’s vital everyone understands that leaving a cooker unattended while it’s in use can have devastating consequences.

SFRS crews conducted over 1,300 free home fire safety visits in East Ayrshire during the year and fitted 540 smoke detectors in properties that were found to need them.

A quarter of the visits resulted from crews going door-to-door to offer the service in the aftermath of a house fire within a community.

Nearly a fifth of the visits were to homes classed as ‘high-risk’ – and the service is eager for anyone to get in touch if they or someone they know could use some support to stay safe.

Mr Scott added: “Making people aware of common hazards can make a dramatic difference, both preventing fires from happening and reducing the impact of those that do.

“Ensuring a home has adequate fire detection in place means that if the worst does happen then people are far more likely to have the time they need to get out and call 999.

“It also means our crews have a much better chance of being able to extinguish a fire before it spreads.”

He continued: “Even where no-one is hurt a fire in the home can be absolutely devastating, causing the loss of cherished possessions and leaving a lasting emotional trauma.

“Firefighters would much rather help someone stay safe and confident in their home than face a dangerous or serious incident that could have been prevented.

“We really do want to hear from anyone if they could use our support and if you have a friend, a relative or a neighbour who could be vulnerable then please put us in touch. It could save their life.”

East Ayrshire saw a 10.4 per cent fall in the number of unwanted fire alarm signals, with SFRS crews responding to 540 of the incidents in 2015/16 compared to the 603 they had to attend the previous year.

Firefighters also responded to 214 non-fire-related emergencies over the 12 months, 83 per cent of which were road traffic collisions.