Fire at derelict building near Shotts 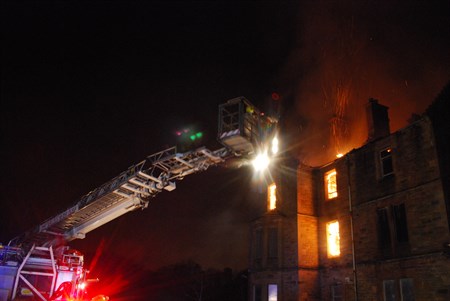 SFRS crews remain in attendance at a derelict building fire at the site of the former Hartwood Hospital near Shotts after a fire broke out in the main block yesterday (13 March).

Our operations control centre received an emergency call at 4.34pm and had firefighters on the scene within 17 minutes. Seven appliances were mobilised in total.

The fire involved the whole of the roof space and resulted in considerable damage to the derelict building.

The fire has now been brought under control but operations continue, along with Police Scotland and North Lanarkshire Council representatives, to make the building safe.