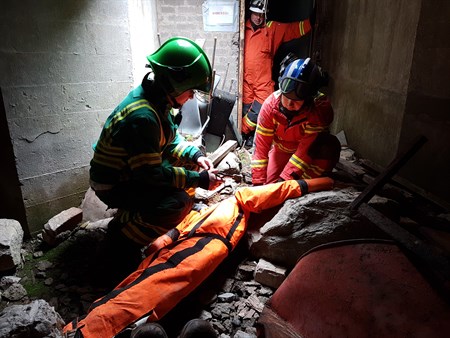 A disaster scenario saw firefighters from a specialist rapid response team rescue ‘casualties’ after a simulated building collapse in Aberdeenshire.

The Scottish Fire and Rescue Service (SFRS) personnel are part of the dedicated UK International Search and Rescue (UKISAR) unit, which is deployed by the British Government to help people caught-up in natural disasters around the world.

It is one of 27 expert United Nations-classified teams available to respond after earthquakes, hurricanes, tornadoes and tsunamis.

The firefighters were joined in the training exercise at SFRS College Portlethen by their counterparts from the Scottish Ambulance Service’s Special Operations Response Team.

In a highly-realistic scenario the emergency responders crawled through rubble to reach wounded people.

Working in cramped and dark conditions, they used their specialist skills to find, stabilise and bring the casualties safely from the ruins. 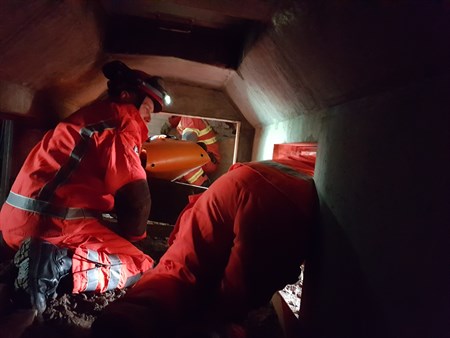 Deputy Assistant Chief Officer Andy Coueslant is the SFRS head of service delivery in the north.

He said: “We are very pleased to contribute to the UKISAR team by providing on-call specialists who can be sent to help people far beyond Scotland when disasters strike.

“We have these specialist capabilities and are able to deploy them to save lives wherever and whenever they are needed.

“As we have seen in tragedies around the world, the international effort can make a big difference and we are proud to be part of that.” 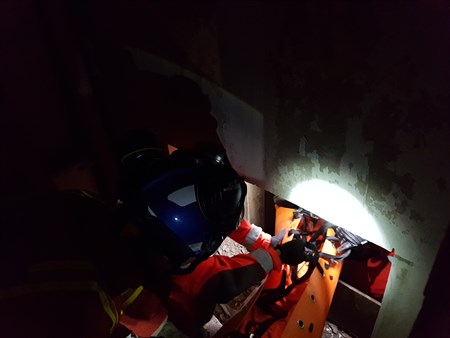 Crew Manager Martin Vardy, one of the SFRS firefighters on the UKISAR team, explained the value of the specialist training: “This exercise focused on casualty care, which is obviously a key part of disaster operations.

“It was great to have the help of the ambulance team as we practiced stabilising severely injured people and getting them safely from collapsed structures.

“Firefighters and paramedics work side-by-side at incidents every day so there’s obviously a huge amount of respect between our two services.

“Taking part in a joint exercise with their Special Operations Response Team was a great opportunity to benefit from their medical expertise and that’s something that can only benefit us and the people we may be sent to help.” 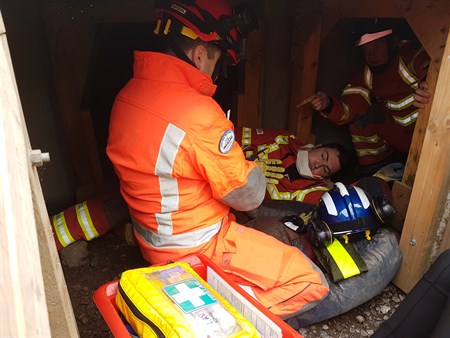 Martin and his colleagues were part of the UK’s humanitarian mission to Nepal after a devastating earthquake struck the Himalayan country in April 2015.

The UKISAR team played a key role in the stricken areas, which had been cut-off from the rest of the country and left unable to access even basic medical help.

Dropped into position by helicopter, the firefighters’ successes included setting a young boy’s broken arm using a plastic bottle as a splint.

They arranged for a four-year-old girl with a serious leg injury to be airlifted to hospital and provided first aid to countless residents of isolated villages.

Their work to shore-up a brick column threatening a hospital and provide the building with clean water also meant 800 beds and ten operating theatres could be put back into use. 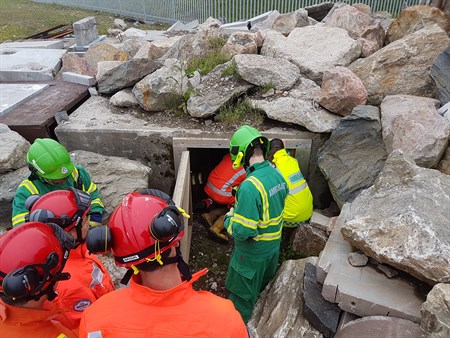 Martin added: “As well as our regular duties with crews at our stations we also train as a team every month.

“It’s important to maintain these skills so we’re ready if we are needed.

“We are currently on call as part of the UK government’s response to any large scale natural disasters, so we can be mobilised anywhere in the world at short notice.” 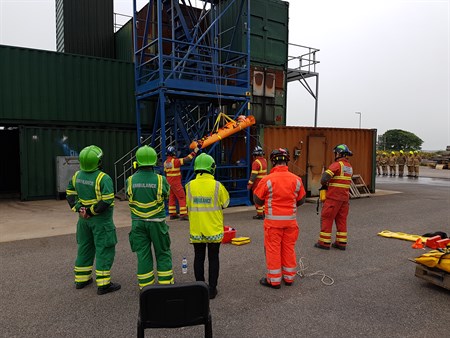